A portrait of former Lord Provost Sadie Docherty was unveiled today in the City Chambers.

Glaswegian Gerard M Burns, who has painted prominent Scots - including former First Minister Alex Salmond and local crime writer, Denise Mina, who recently won The McIlvanney Prize for Scottish Crime Book of the Year - was her artist of choice to sit for.

Sadie said: "I was very, very nervous about getting it done but Gerard put me completely at ease. I'm delighted with the portrait. It's been a great privilege to serve my city, as a councillor and Lord Provost.

"Naturally, I'm very honoured and proud that this painting will join the long list of Lord Provosts', who served before me, in the picture gallery."

Gerard said: "It's always very important to me that the sitter is happy with their portrait. However, this work has another important dimension in terms of it being an historical document.

"I was also determined to capture the real sense and essence of who Sadie Docherty is. To convey her humanity, warmth and compassion. 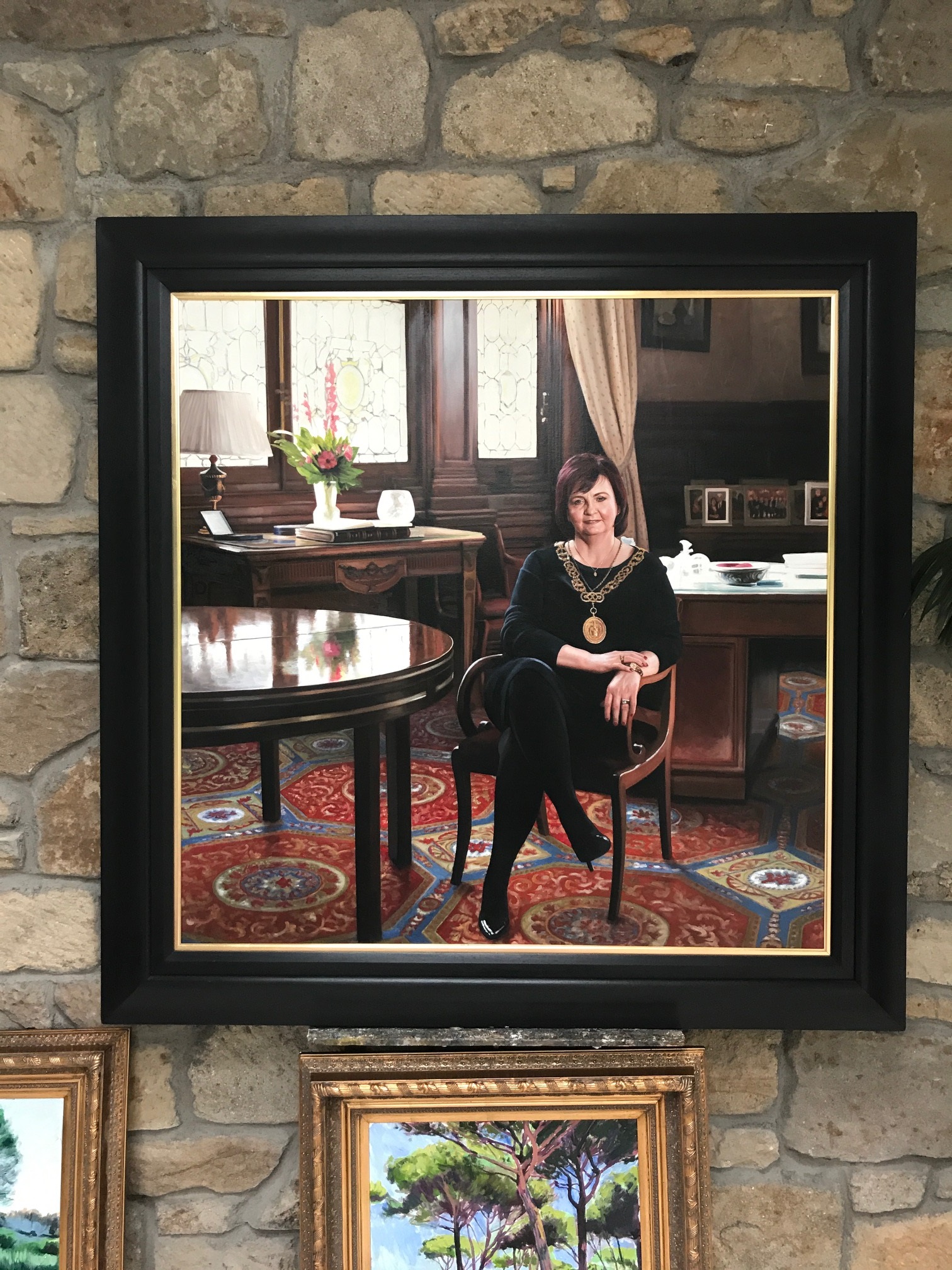 "I've witnessed Sadie at so many civic functions. She's done a great deal for Glasgow but I didn't simply want to show her performing a civic duty. I wanted to show a real person.

"To do this, I took a risk and changed my usual process. It's turned out better than I hoped. I normally take photographs myself. But, because I wanted to get to know the woman behind the chain, I collaborated with the terrific fashion photographer, Gerardo Jaconelli.

"He snapped away while I chatted to and worked with Sadie to identify a great pose for the portrait. Her inhibitions melted away. She was relaxed - not posing. Chatting about her family and the people she had met and worked with, with pride. Demonstrating the unique compassion and warmth that she will be remembered for.

"I'm delighted to have had the opportunity to paint Sadie, the former Lord Provost. She's a terrific lady and I hope people think it is a terrific portrait."