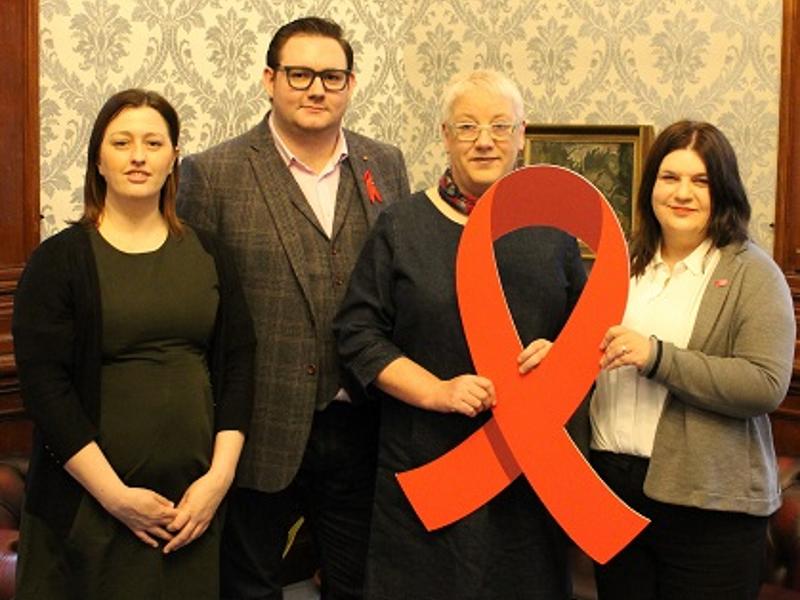 Glasgow is to be the first city in Scotland to become a HIV Fast Track city.

The council's City Administration Committee (CAC) today (Thursday, 29 November) agreed to sign Glasgow up to the Fast Track Cities initiative - a global partnership which aims to help end the threat of AIDS by 2030.

It aims to build upon, strengthen and leverage existing HIV programs and resources to accelerate locally co-ordinated, city-wide responses to end AIDS as a public health threat by 2030.

To achieve this, an implementation plan will be put in place, including the setting up of a Leadership group made up of key partners and organisations as well as representatives of the community living with or at risk of HIV.

Chaired by Councillor Mhairi Hunter, City Convener for Health and Social Care Integration, the group will run a city wide service gap analysis and then work on an implementation plan to fill any gaps and make use of the global resources that being a fast track city would open Glasgow up to.

Cllr Hunter said: "Joining the Fast Track Cities initiative allows us the opportunity to not only prevent the increase in HIV drug users in Glasgow but to stop preventable deaths from HIV-related causes from occurring.

"While Glasgow's figures are encouraging, we can't be complacent. Supporting individuals with HIV and reaching those identified as being more at risk of contracting the disease in the first place is one of the many ways we aim to end new HIV infections by 2030.

"Along with NHSGGC, we offer a number of services for AIDS related victims including rehab, community-based social care workers and nurses, a street-based team and an outreach service. We also run a significant number of needle exchanges that look to mitigate the risk of the unsafe practice of using and reusing dirty needles."

Nathan Sparling, Interim Chief Executive of HIV Scotland, said: "This shows that Glasgow City Council is committed to reducing HIV stigma, and completely eradicating HIV transmission in the city by 2030. This is an ambitious, but achievable target, that requires all partners to work together to implement the Fast-Track Cities initiative.

"People living with HIV who are on effective treatment can live a long and healthy life, and most importantly can't pass HIV on to others. We need to ensure testing is easily accessible to all so that those who do not know they are HIV positive can access care and treatment.

"With a prevention toolkit of PrEP, treatment, condoms and testing, we can make real strides towards ending new infections. Ahead of World AIDS Day, that's an important commitment to make, as we pause to reflect on 30 years of the epidemic, and now commit to redouble our efforts to end it."