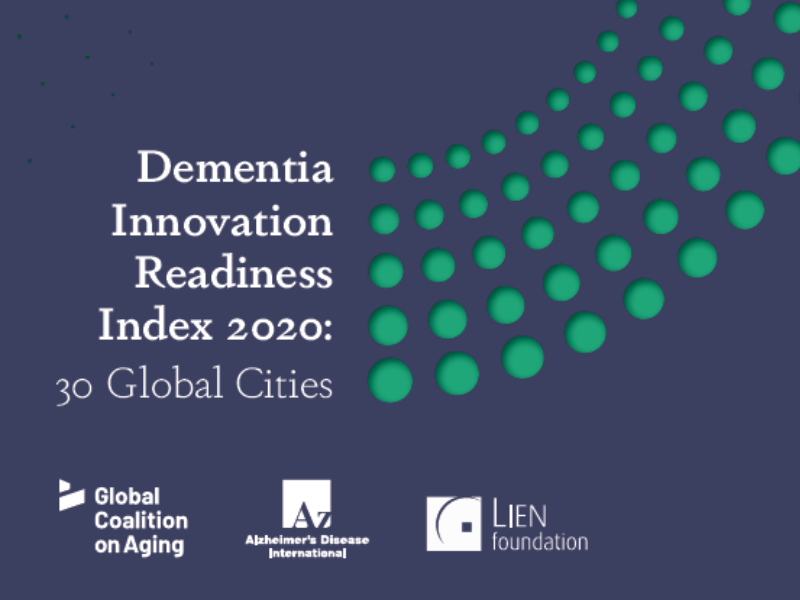 Glasgow's dementia strategy has been hailed as world leading in a prestigious global study.

The city ranked 2nd out of 30 cities across the world for dementia innovation in a report by the Global Coalition of Aging (GCOA), Alzheimer's Disease International (ADI) and the Lien Foundation.

The Dementia Innovation Readiness Index 2020 cited Glasgow's dementia strategy, as "a template for cities looking to improve early detection and diagnosis". And it also recognised the city for "explicitly recognising" diagnosis of dementia as "critical".

The study looked at the extent to which cities worldwide were adopting innovative or novel approaches in prevention, treatment or care of dementia. It scored cities on their strategy /commitment, early detection / diagnosis, access to care, community support and the business environment.

Glasgow scored 7.8 out of 10 overall and did particularly well in the areas of community support, strategy and commitment. It was ranked above places including Amsterdam in the Netherlands with a score of  7.5 out of 10; Vancouver in Canada (7.5), Copenhagen in Denmark (7.4), Tokyo in Japan (7.3); Sydney in Australia (7.2) and New York in the United States (7.1) and was pipped to first place by London which scored 8.4. Manchester was ranked third with a score of 7.7.

Glasgow's three year strategy was developed by the city's Health & Social Care Partnership, in collaboration with Alzheimer Scotland. It was launched in 2016 with priorities including the provision of resources to enable people with dementia to continue living in the community, reducing stigma and increasing social engagement on the issue.

The city is a participant in the World Health Organisation's age-friendly cities network and has made a commitment to become a dementia friendly city - working with businesses such as Silverburn Shopping Centre to train staff and adjust infrastructure such as signs, lighting and the use of colours in buildings to make public places more dementia friendly.

Training has been provided for hundreds of people caring for loved ones with dementia at home, the city has a network of dementia cafes and support groups, link workers co-ordinate care for individuals, there is a Dementia Resource Centre in Bridgeton and short breaks are provided to offer carers respite. Technology is also being used to help people remain as independent as possible - this can include sensors on doors and GPS trackers to ensure people who go missing can be found quickly.

She said: "The findings of this prestigious study are recognition of the innovative work being carried out on several fronts in Glasgow to tackle this cruel disease. It is a tribute to the dedication of everyone in the city's health and social care partnership who work so hard to help those affected and support families faced by its devastating effects.

"The HSCP involved people with dementia, their carers and relatives in developing the strategy, as well as Alzheimer Scotland, and that is one of the reasons why it is so focused on promoting a good quality of life for people with the disease, raising awareness and ensuring people are treated with dignity and respect. Top priority in the strategy is that everyone in Glasgow with a diagnosis has access to information, care, treatment and support.

"Sadly, the number of people with dementia is expected to double over the next 25 years, making ongoing innovation in prevention and treatment vital. We should never be complacent, but our ranking in this global index is validation that we are going in the right direction. Well done everyone. Keep up the good work!"

Dementia is a progressive illness caused by damage to and destruction of brain cells which gives rise to a number of symptoms including the gradual loss of memory, reasoning and communication skills. There are different types of dementia with the most common being Alzheimer's disease and vascular dementia.