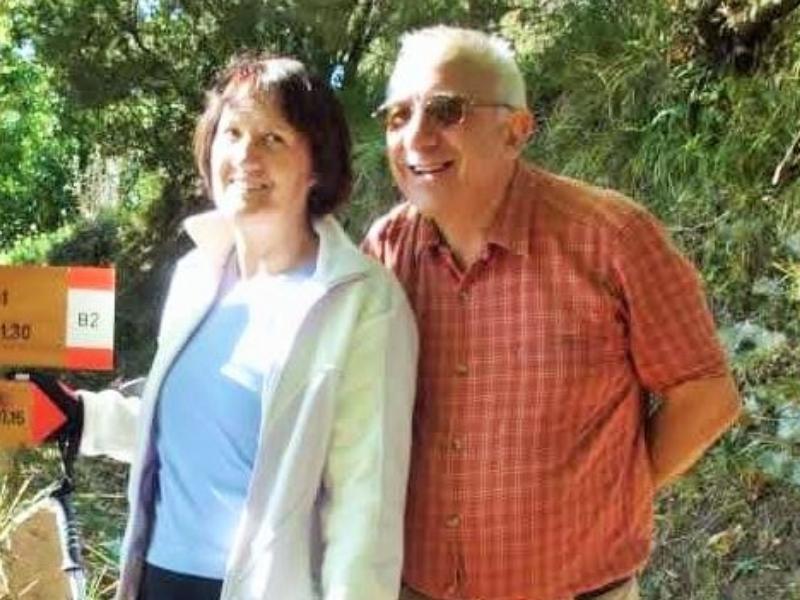 A Glasgow woman whose husband suffered a debilitating brain haemorrhage is urging people to appoint a Power of Attorney before it's too late.

Anne Coia suffered "incredible stress and heartache" when her husband, David, suddenly became ill in 2016 at the age of 64.

The family's anguish at his shock illness, was compounded by the fact that no-one had Power of Attorney (POA), so they had no legal power to make major decisions about important matters like David's care or financial affairs.

Today, Anne of Tollcross, is backing calls from Glasgow's Health & Social Care Partnership (HSCP) for people to contact their lawyer and get the legal document prepared - just in case it's needed.

The 67-year-old grandmother said: "David was the last person you'd expect to get sick. He was fit and active but he had a genetic condition and no-one knew.

"We were aware of POA, but it was the classic case of,  'we'll organise it when we're older'. Ironically, we were about a month away from starting the process when David became ill. He was so cognitively impaired by his brain haemorrhage that he was deemed to have lost mental capacity.

"Because no-one had POA, I had to go another legal route - applying for Guardianship, to be able to make decisions on his behalf. It was a long, complicated, stressful and expensive process and in the meantime, we had doctors and social workers making decisions about David's care. He ended up in a home for two years and I had to ask permission from the courts before I could do things like sell our house."

After going through the courts and eventually gaining legal Guardianship, Anne brought David home to live and became his full-time carer.

She said: "It was an incredibly stressful process and something I know David would not have wished upon his family. Three years down the line, I'm having to go through the whole process again to renew my Guardianship. Things would have been so much simpler if we'd set up POA early.

"I'd really encourage people to sort it out while they are young - don't put it off. You never know when it might be needed - after what we have been through, my sons, who are in their 30s, have already appointed theirs."

Tomorrow (Nov 25th) is Power of Attorney Day and Glasgow is one of 29 Health and Social Care Partnerships across Scotland encouraging people to apply for POA.

Councillor Mhairi Hunter, City Convener for Health and Social Care, said: "Anne's story is very touching and illustrates clearly why it is so important not to put off setting up POA. People often wrongly assume that their next-of-kin will automatically be able to make decisions for, and about them, if they lose mental capacity, either through an illness like dementia or an accident. However, that is not the case, unless they have POA.

"No one likes to think about the prospective of becoming ill, but you never know what is round the corner in life, so it is better to be safe than sorry. Setting up POA is just as important as writing a Will. It means you can have peace of mind, safe in the knowledge that one or two trusted people will be able to look after your best interests if you aren't able to make decisions for yourself."

POA is a legal document; drawn up when the person has capacity, that lets them choose who they want to deal with their affairs should they become incapable of making their own decisions. It allows them to detail exactly what they want the person to do for them and can cover financial and personal welfare or both.

Find out more about POA at https://mypowerofattorney.org.uk/ or consult your lawyer. Some people may be eligible for a free service.