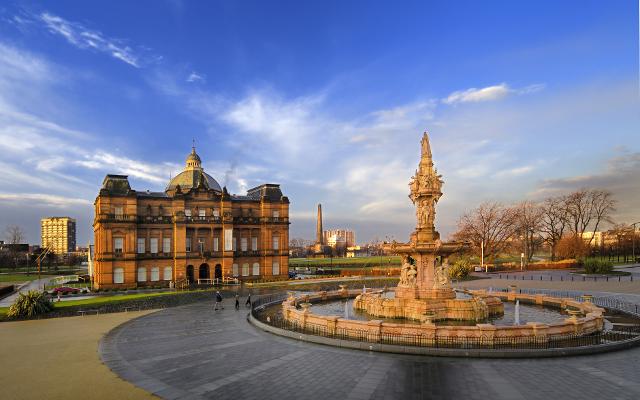 People power is set to drive the future of the People's Palace and Winter Gardens following a decision of the council's City Administration Committee.

In what could be largest exercise in participatory democracy seen in the city, members of the public will be involved in all aspects of the project that will be focused on creating a sustainable future for the People's Palace.

Information gathered during engagement with Glasgow's citizens will directly inform the vision of the future use for the building, including the glasshouse structure, and the design work required to make that vision a reality.

An expression of interest will be submitted with the Heritage Lottery Fund later this month in anticipation of a full application for funding support being lodged next year.

As part of the £750,000 plan approved by the City Administration Committee, a set of basic principles, or  'givens', on what the People's Palace must deliver in future has been laid out.

These are:
- Revitalising and enhancing the museum displays and content that tell the social history of Glasgow.
- Retaining the existing glasshouse structure
- Continued free access to the museum and public areas.

The People's Palace and Winter Gardens closed to the public on December 31 last year after an engineer's report indicated that the structural integrity of the Glasshouse could not be guaranteed. A £350k refit subsequently allowed the museum to reopen, but both the People's Palace sandstone building and glasshouse structure are currently in need of repair and refurbishment.

Part of the £750k fund agreed by the committee will be deployed to undertake the design works associated with repairing the Glasshouse, which will enable the preparation of detailed costs for the restoration of the glasshouse structure. A detailed condition survey of all the infrastructure within all of the building such as heating, electrics, ventilation and plumbing will also be undertaken.

Information then gathered from engagement with the public will be used to shape and co-produce the design work that will identify the different ways in which the whole building could be potentially used in future. This design work will also be funded from the overall £750k budget.

Councillor David McDonald, Deputy Leader of Glasgow City Council and Chair of Glasgow Life, believes the plan demonstrates the council's clear commitment to revitalising the People's Palace, including the Glasshouse.

Councillor McDonald said: "The People's Palace is one of the city's most cherished places.  For over 120 years it has been a gathering place, entertaining and informing Glaswegians and visitors to the city.

"It is the home of the city's social history, our collective memory, and a place that fosters a strong sense of belonging.  But it has also had a chequered past with the building having to close on several occasions to allow significant repairs to be undertaken, particularly to the Glasshouse. Now is the time to break that cycle.

"We want the building's future to be rooted in its past heritage, remaining as a focal point for the neighbouring communities, while finding new and innovative ways to tell the city's story.  In line with the city's wider priorities, the People's Palace could also take on a refreshed role in helping us address a wide range of issues such as contributing to wellbeing and good health as well as promoting civic and democratic engagement.

"I believe the opportunities are limitless for the role that the People's Place can play in improving life in the city.  But we want to hear from the people. The people of Glasgow must be fully involved in co-creating the plan for the future for the People's Palace.

"We want to get the widest range of views and draw upon the knowledge, expertise and passion of as many stakeholders and interested parties as possible. I have no doubt that our new people-powered plans for the Palace will secure the building for future generations."

To support the engagement with the public, a 'Sounding Board' will be created that draws together those with an interest in the People's Palace. It is envisaged this will involve heritage groups, local housing associations from both the Calton and Gorbals areas and an inclusive range of community groups and city-based institutions.

Further detail can be found in the paper presented to the City Administration Committee on October 10, 2019.