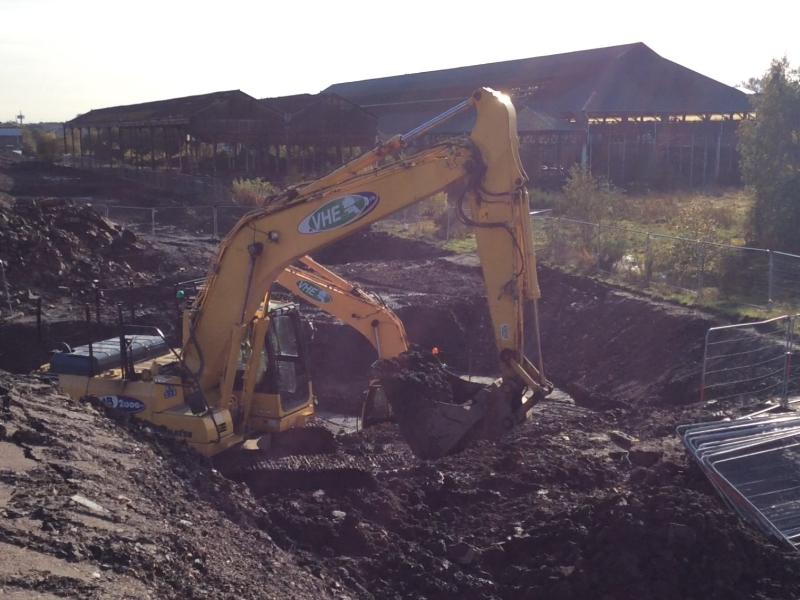 Part of the £1.13 billion Glasgow City Region City Deal that will see investment of £27 million channelled through the Collegelands, Calton Barras project - work currently underway on a section of land bounded by Duke Street, will create an attractive development site close to the city centre.

Vegetation has already been cleared by contractors VHE Construction Plc, and groundworks are currently in progress to ready the site for follow-on development. The first phase of enabling works include excavation, exposure and break out of hard structures, segregating and processing materials, and backfilling to create the necessary platforms for development. The second phase of works including installation of utilities, access roads and public realm will follow.

The Glasgow Meat Market was established in 1879 and covers six acres. It initially housed an inn, sheds and accommodation for livestock and was one of the last remaining markets in the country before closing in the 1980s.

The area is superbly located, immediately to the east of Glasgow city centre and adjacent to major economic drivers such as the University of Strathclyde, the Merchant City and Clyde Gateway.

A key aspect of the Collegelands Calton Barras City Deal project; work at the landmark site is contributing to the delivery of an integrated, attractive and resilient neighbourhood. The enabling works will also unlock development potential in the area and encourage the continuation of economic activity from the city centre out to the East End.

VHE Construction Plc commenced works on site in August and are due to complete early next year.