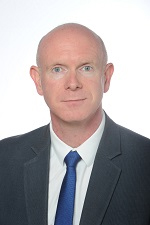 He was elected by 45 votes to 39 at a meeting of the full council today, Thursday 23 January.

The Lord Provost said: "I'm immensely proud to have been trusted with this role by the city of my birth.

"I will work every day to repay that trust and to advocate for Glasgow's dynamic, diverse and passionate communities."

The Lord Provost is a graduate of law from the University of Glasgow who specialised in Commercial Property Law.

He has held a series of senior positions since his election to Glasgow City Council in 2007, including: City Treasurer and Convener of Strathclyde Pension Fund and Convener of the former Strathclyde Police Authority. He is also an Honorary Officer in the Royal Naval Reserve.