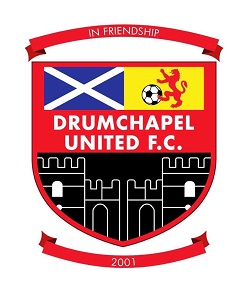 Lord Provost Philip Braat, in his capacity as Lord Lieutenant, sent his congratulations to Drumchapel United Football Club on receiving a Queen's Award in recognition of its voluntary work.

The Lord Lieutenant said: "I look forward to the time when I can present Scott Bland, Drumchapel United's Secretary, with this award on behalf of HM the Queen. It is the highest honour a voluntary group can receive in the United Kingdom and it is well deserved. Their tireless and diverse voluntary work is a credit to their members.

"This week is National Volunteers Week, an opportunity for us all to celebrate all volunteers working within our communities. It is a happy coincidence that the wonderful volunteering work of Drumchapel United FC has been recognised by HM the Queen at this time. I am sure everyone will want to join me in sending the city's congratulations and gratitude to the club."

The Queen's Award for Voluntary Service recognises outstanding work by volunteer groups that benefits local communities. It was established in 2002 to celebrate the Queen's Golden Jubilee. Recipients are announced each year on 2nd June, the anniversary of the Queen's Coronation.

Drumchapel United was formed in 2001 with the aim of using football to bring the local community together. It's also signed up to the LGBT Charter in its bid to offer a truly inclusive experience to members.

Scott Bland said: "Drumchapel United is extremely honoured to receive such a prestigious award. We are very proud of all our 136 volunteers who give up their free time to help in their communities. I pay tribute to them all. This award belongs to them. It's particularly pleasing considering we are such a relatively new club. We continue to have big ambitions."

The club's Queen's Award will take pride of place with a clutch of other accolades it has attracted including: The Scottish Football Association's Best Community Football Club in Scotland in 2017 and the SFA's Legacy Club status the following year.

A total of 230 charities, social enterprises and voluntary groups across the United Kingdom received this prestigious award this year. Demonstrating the value and innovation of the voluntary sector and how much voluntary work supports our communities.

Representatives of Drumchapel United are expected to receive the award later this summer. In addition two volunteers from Drumchapel United intend to take up their invitation to HM the Queen's Garden Party at Holyrood House in July 2021.