Glasgow City Council today (29 September) approved the next step in the delivery of the North Glasgow Strategic Development Framework (SDF), a document that will guide the development and regeneration of the area over the next 30 years. 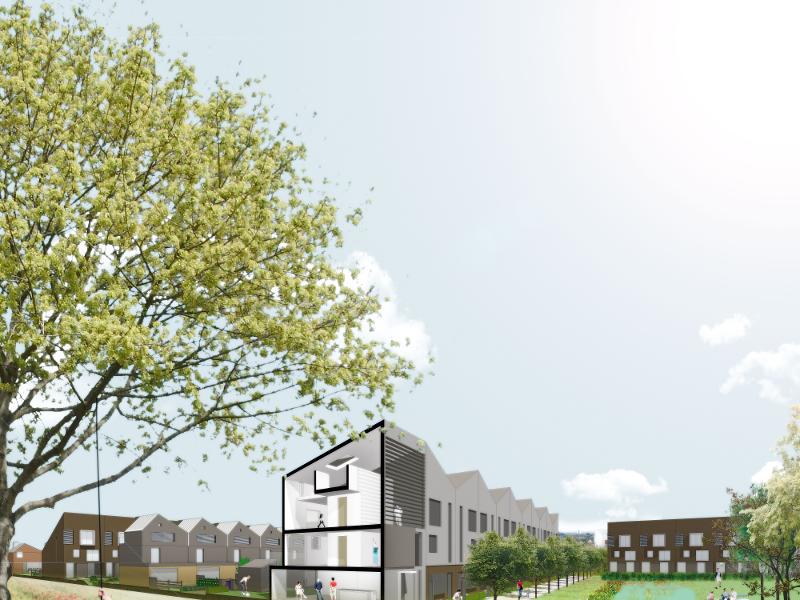 North Glasgow - home to around 68,000 people - can be defined as the area between the north edge of the city centre and the green belt in the north, including the following neighbourhoods: Cadder, Colston, Cowlairs, Dundashill, Firhill, Gilshochill, Hamiltonhill, Lambhill, Maryhill, Milton, Parkhouse, Possilpark, Royston, Ruchill, Sighthill, Springburn, Summerston, Woodside and Wyndford. The three main routes - Maryhill Road, Balmore Road and Springburn Road - act as both major roads to service these neighbourhoods and as commuter routes.

The North Glasgow SDF outlines the area's key priorities, design principles, connections and strategic relationships. Major projects in the area include the Sighthill and Maryhill Transformational Regeneration Areas, the Glasgow Canal Regeneration Partnership, and the regeneration of Cowlairs, Dundashill, Hamiltonhill and the former Ruchill Hospital site. These projects will deliver more than 3,000 homes over the next decade.

The draft SDF identified the vision for North Glasgow - that the area becomes a healthy and high-quality place in which to live and work - as well as its priorities and desired outcomes, through a range of approaches including engagement with the local community, workshops and research.

The desired outcomes for the area are as follows:

The SDF sets out a series of principles to guide the development of the area in order to meet these outcomes.

A 17-week consultation on the draft North Glasgow Strategic Development Framework will begin on Thursday 1 October 2020, running until Friday, 29 January 2021, allowing people, organisations and other stakeholders in the area the opportunity to help shape the final document.

Councillor Kenny McLean, City Convener for Neighbourhoods, Housing and Public Realm at Glasgow City Council, said: "This framework sets out a vision for the future development of North Glasgow, one which will help unlock the huge and unfulfilled potential of this part of the city. In recent years, the renewal of areas such as Sighthill and the canal corridor has shown that North Glasgow offers enormous economic, environmental, cultural and social assets and opportunities. With the input of local people and organisations, we can look forward to the final version of the framework guiding the future development of North Glasgow in a way that benefits everyone in the area."

The draft North Glasgow SDF can be found here.  The final SDF will form part of Glasgow's City Development Plan, and will be used as the basis for making decisions on planning applications in the area.

The public can express their views on the draft SDF by emailing comments to SDFconsultation@glasgow.gov.uk, or by completing the Online Survey.