The new temporary lanes on Bothwell Street and Renfrew Street will be created using Bus Priority Rapid Deployment funding which will see a series of measures implemented in the coming months to give priority to buses at key points across Glasgow's road network.

It is intended that the temporary infrastructure delivered through the programme, which will include pop-up bus lanes and upgrades to road traffic signals - will improve journey times and the reliability of bus services which will be of particular benefit to those using public transport for essential journeys during COVID-19. It is also anticipated that that the new infrastructure will support the bus industry by incentivising bus trips ahead of private car, and in doing so help protect air quality.

Work on the pop-up bus lanes should take several days to complete and is anticipated to start on 8 April 2021.  The following measures will be introduced:

A 24-hour bus lane (eastbound) on Bothwell St between Douglas St and Wellington St (parking/loading will be maintained inside the bus lane): 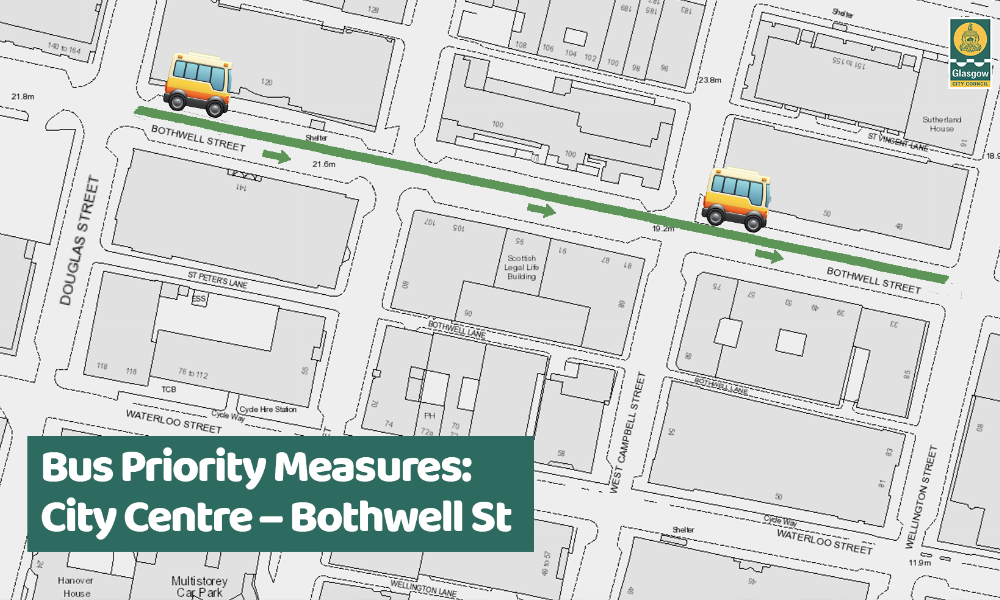 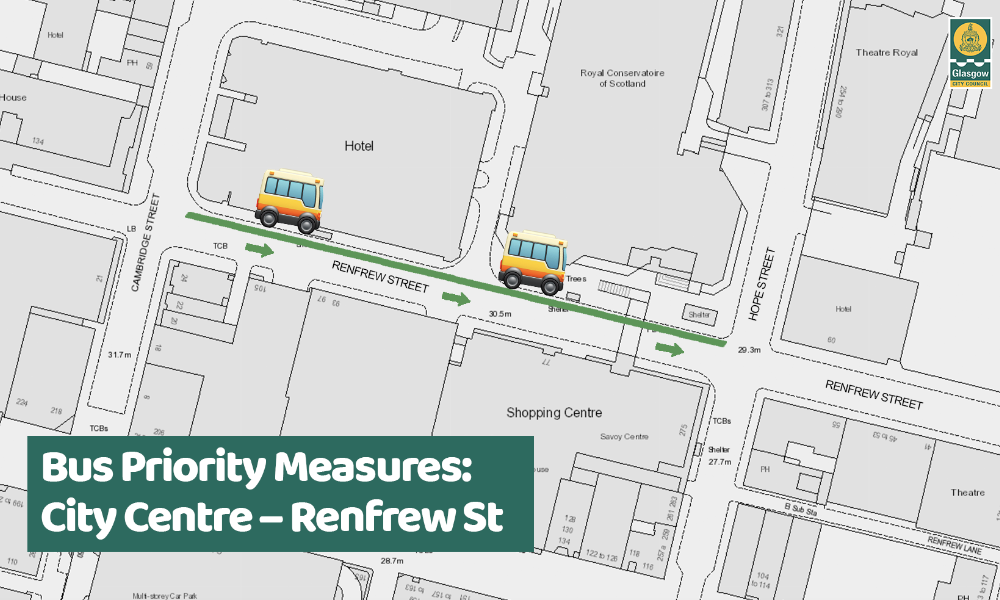