Glasgow's City Centre Task Force (CCTF) - who role is to help reopen the city's economy as we emerge from lockdown - has met with Deputy First Minister John Swinney. 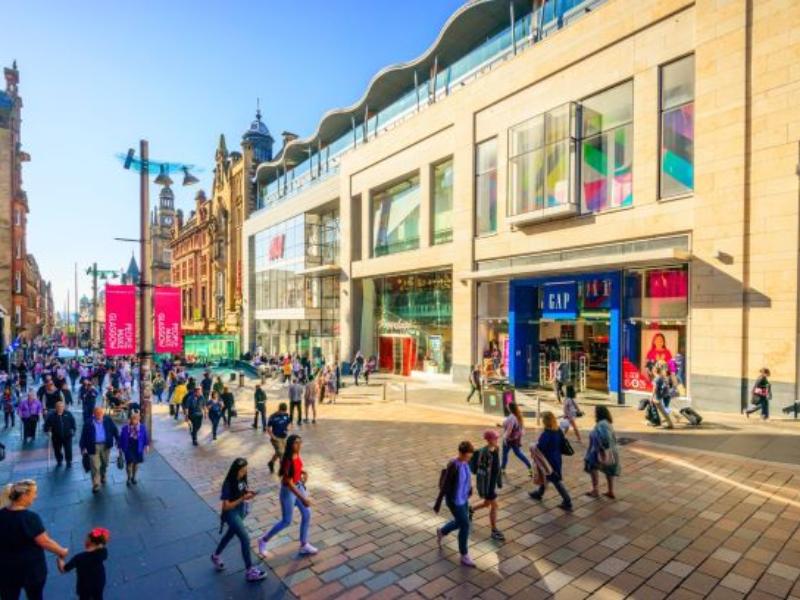 The meeting saw a discussion on the specific challenges facing Glasgow city centre in areas such as the night-time economy, hospitality, small businesses, offices, hotels, transport, commercial property, and further & higher education; what the First Minister's announcement earlier this week on the easing of restrictions means for the area; and looking ahead at future action to support the city centre. The Deputy First Minister agreed to attend a further meeting of the group's monthly over the summer.

The CCTF's membership is comprised of representatives from Glasgow City Council; Glasgow Chamber of Commerce; the Scottish and UK Governments; and core city centre sectors such as retail, hospitality, events, and the night-time economy.

Co-chaired by Councillor Angus Millar, Depute Convener for Inclusive Economic Growth at Glasgow City Council, and Stuart Patrick, Chief Executive of the Glasgow Chamber of Commerce, the Task Force provides a public-private partnership response to economic challenges arising in Glasgow because of the pandemic, works with partner organisations such as the Scottish Cities Alliance and VisitScotland, and is a central player in securing support and resources from the national governments to meet these challenges.

The CCTF has developed a range of actions to support the city centre's recovery before and during the lifting of restrictions, all aiming to create conditions that maximise the attractiveness of the city centre as place in which to live, work, visit and invest, and position Glasgow as the jobs engine room of the regional economy.

Councillor Angus Millar, Co-Chair of the City Centre Task Force, said: "I welcome the Deputy First Minister's support for and engagement with the work of the City Centre Task Force, and particularly appreciate his recognition of the importance of Glasgow's recovery to Scotland's recovery. Given the extraordinary impact of the pandemic on our city centre economy, it is vital that local and national government work together in partnership with the business community in addressing Glasgow's specific challenges, and I am grateful for the Deputy First Minister's continued commitment to collaborate and engage as we plan for recovery."

Stuart Patrick, Co-Chair of the City Centre Task Force, said: "We warmly welcome the active engagement of the Deputy First Minister in the vital work of the City Centre Task Force.  Glasgow's primary economic engine has been badly affected by the pandemic and the Task Force members were able to explore the implications of the recent Scottish Government announcements on the next steps in reopening the economy.  There is a great deal of work to be done in reopening offices, welcoming students back to campuses and restarting major events with all being crucial for the long-term recovery.  Glasgow is Scotland's only metropolitan region and has been under Covid restrictions for longer than any other part of the country. We welcomed the commitment from the Deputy First Minister to give his personal attention to the city centre's recovery."

Deputy First Minister John Swinney said: "I welcomed this chance to speak to Glasgow City Centre Task Force businesses about their experiences during the pandemic. There was also an opportunity to talk about how we can all work together to help deliver the Strategic Framework as we move towards level 0 and beyond. I would like to thank everyone for taking part and look forward to working with the Task Force to help the City of Glasgow make a strong recovery from the disruption of Covid."