Glasgow City Council today (30 September) approved a £150,000 Filming Incentive Grant to support the basing an entire major feature film production in the city, the first time this will take place in Glasgow. 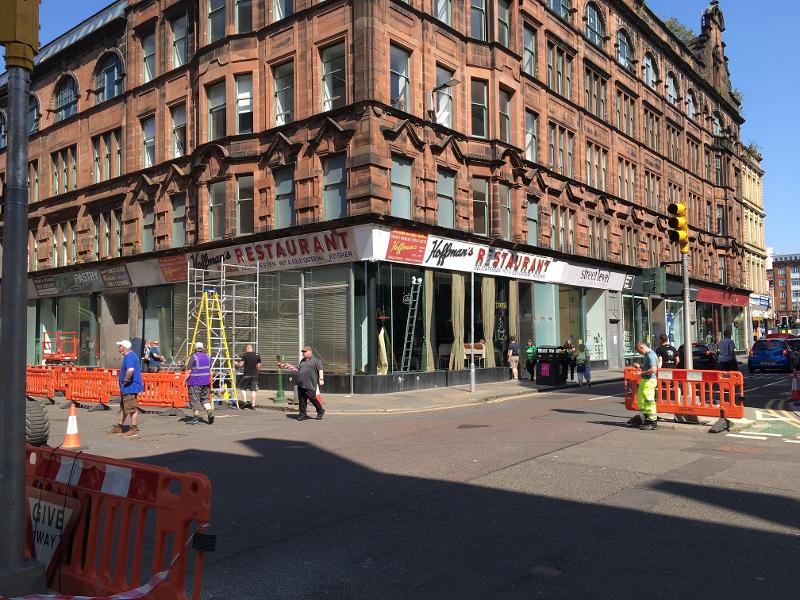 The Warner Bros production will employ local crew and talent where possible, so by it being based in Glasgow, not only will hundreds of jobs will be created (between 250 to 350 crew employed daily, with some days reaching 1,000) but the opportunity of future projects on a similar scale coming to the city will be increased.

The Warner Bros portfolio includes the DC Universe catalogue, with the city already seen as providing the ideal location for producing these types of movies.  It is expected that Glasgow can benefit further through the city's relationship with the company.

This council grant will provide opportunities for locally based above and below-the-line talent and crew and see the use of local production facilities and services, studio and built space as well as the use of office space.  Providing opportunities for Glasgow residents and production companies is a condition of grant, and options to develop traineeships and work placements explored.

The economic potential of such productions coming being based in the city is illustrated by BFI (British Film Institute) figures that show film productions with a £60-£100million budget have an average daily spend in excess of £750,000, with projects with a £100million budget spending over £1million daily on average.

Councillor Susan Aitken, Leader of Glasgow City Council, said: "While it's great fun for a lot of people to see film and broadcast productions in Glasgow, this is very much an economic story - production of this size bring millions of pounds to the city's economy. What is significant about this support is that it allows the entire production to made in Glasgow - a first for the city - and confirms our place as a location of choice for major productions, and one that can compete with others in the UK and abroad.  During this time of economic recovery and renewal, this economic activity is both welcome and important."

Glasgow has for many years attracted major film and broadcast productions, with recent examples including The Batman, Indiana Jones, The Flash and Vigil - which have brought over £350million to the city's economy since the late 1990s. A key part of this continued success in this sector is the ability of Glasgow City Council to offer a one-stop shop with a large portfolio of locations and the capacity to work closely with other public bodies to ensure that filming can take place smoothly and efficiently, with the lowest impact on the daily lives of residents and businesses that can reasonably be made.  This one-stop shop model means that Glasgow is continuously attractive to producers and location managers.

Through this model, the council has developed successful working relationships with many studios and organisations in the film and broadcast industry, who recognise what Glasgow can offer.   While for many Glaswegians and visitors, it is a pleasure to see the streets and buildings of Glasgow on the big (or small) screen on a regular basis, the real benefit to the city is economic: whatever the size of the cast and crew on a production, they all have to live, eat and drink somewhere, and that means good news for the city's hotels, bars and restaurants.  The longer the stay, the bigger the economic boost to Glasgow.  Over the years, local logistical companies in catering, transport, costume and storage have developed to service these productions, and the regular film shooting diary means that this is now a sustainable sector that contributes to Glasgow's economic growth.