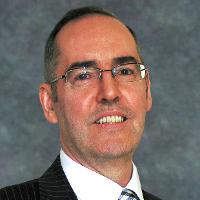 Mr Douglas Hutchison, currently Depute Chief Executive and Director of People at South Ayrshire Council, has been appointed as Glasgow City Council's new Executive Director of Education and will take over the responsibilities from Maureen McKenna OBE when she retires at the end of December after 14 years of service.

Maureen announced her intention to retire at the beginning of September and the recruitment process began to find a replacement for the executive director post.

Susan Aitken, Leader of Glasgow City Council said: "I am delighted to announce the appointment of Douglas Hutchison who brings with him a wealth of educational experience, empathy and knowledge and offer him a very warm welcome to Glasgow.

"Douglas will lead our team of senior managers and school staff and continue the innovative work and transformational change of the city's learning and teaching which has resulted in significant increases in attainment and achievement for our children and young people.

"Teaching in a big city like ours can often be challenging - but despite the issues many of our families face - our schools and nurseries have never been more successful and that is down to the hard work, dedication and passion shown by Maureen, her leadership team, head office staff, and all our staff in schools and nurseries.

"I would like to take this opportunity to thank Maureen for her determination and hard work during her time as our education director - she is a dominant force of nature and her legacy will live on in our pupils and their families and continue to impact for many years.

"The baton will now be passed to Douglas to nurture our schools and nurseries and create a new legacy and vision for our children and young people, and I wish him well in his new role."

Douglas Hutchison is currently the Director of People and Depute Chief Executive at South Ayrshire and in this role since 2018 having previously been Director of Educational Services and Head of Education with the Council since June 2013.

Douglas originally trained as a Religious and Moral Education teacher and then went on to work as a teacher in a residential school for young people with social, emotional and behavioural needs and a Principal Educational Psychologist.

Prior to his South Ayrshire Council roles, Douglas worked as an Inspector with Education Scotland.

Commenting on taking over the reins in Glasgow - Douglas says it's a privilege to carry on the great work and make a difference in the lives of our families.

He said: "It is a privilege to take on this role and I look forward to working with elected members, education colleagues, families, children and young people to build on what is already a very positive story of success in education across Glasgow."

Douglas will take up the post of Executive Director of Education in January 2022.