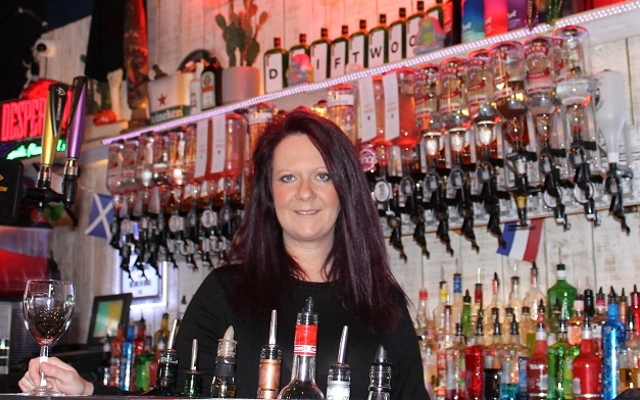 Best Bar None Glasgow is set to become the toast of the town as it serves up its first awards in two years.

The city's prestigious licensed trade awards are bouncing back bigger and better post pandemic with a launch event in the Grand Central Hotel on May 12th.

Pubs, clubs, hotels and specialist entertainment venues are invited to enter the hotly contested awards which recognise best practice in the city's licensed trade. Accolades are presented in recognition of the work venues do to enhance public safety and customer care in the city.

Gavin McGreish, Group Operations Manager for Holdfast Entertainment, which owns The Cathouse and The Garage nightclubs, said: "Best Bar None Glasgow has helped raise standards in licensed premises across the city and improved safety for people who are out enjoying our entertainment venues.

"Glasgow's initiative was the first of its kind in Scotland and it's definitely the best - which is proven by the number of Glasgow venues which go on to win national awards.

"The free training and seminars for members are really useful with expert advice and the annual awards night is a special occasion. There's also always a great atmosphere and plenty of friendly rivalry between licensees at the awards ceremony.

"I definitely think all licensed premises in the city would benefit from taking part in Best Bar None Glasgow."

Driftwood currently holds the overall Gold award in Glasgow for Standard Premises and the National award for 'Best Independent Bar' as well as the award for 'Best Overall Venue' in Scotland. Nicola is also the reigning 'Best Designated Premises Manager' in Glasgow.

She said: "Driftwood has been involved in Best Bar None for many years and it has benefited our business in lots of ways. It gives us access to education and information sharing with police, fellow hospitality premises and various other partnerships which, in turn, gives us the tools to make our bar and customers safer. It has helped us to gain a good reputation as an accredited venue, increasing footfall and making Glasgow a safer place to socialise."

"Being a BBN venue allows the public to identify premises that are doing outstanding work and raising the standards within the night-time economy."

Best Bar None Glasgow has been running in Glasgow since 2005 and is funded by Glasgow City Alcohol and Drugs Partnership. It is managed by Glasgow City Council and supported by Police Scotland and Scottish Fire and Rescue.

Premises will be inspected by an independent assessor. They will be judged on their efforts around the Prevention of Crime & Disorder, Securing Public Safety, Prevention of Public Nuisance, Promotion of Public Health and the Protection of Children from Harm. The Sunnyside Sustainability award also recognises venues which have adopted eco-friendly practices like ending the use of single use plastics.

Registration for this year's awards will open at the launch on May 12th and the winners will be announced later in the year. The overall winners of Glasgow's Best Bar None awards will go on to compete in the BBN National awards.

Venues can find out more about Best Bar None Glasgow by emailing louise.mcmonagle@glasgow.gov.uk