Smart Grey Water Systems recently installed at two new-build nursery schools are being linked to a Smart Water Management Hub which uses predictive weather technology to reduce the likelihood of localised flood risk ahead of a storm event.

In the same way as Glasgow's award-winning Smart Canal operates - when the control hub forecasts heavy rainfall in the area, a signal will be sent to the nursery school triggering tanks to pump out any previously collected rainwater to maximise the capacity of underground storage ahead of a storm.

The work to reduce the likelihood of flooding in the areas around Broomhill and Govanhill (Cuthbertson) Nursery Schools, is part of a larger programme that will see green technologies incorporated into four brand-new Early Years establishments, designed by our Property and Consultancy Services team, to help mitigate and adapt to the effects of climate change. 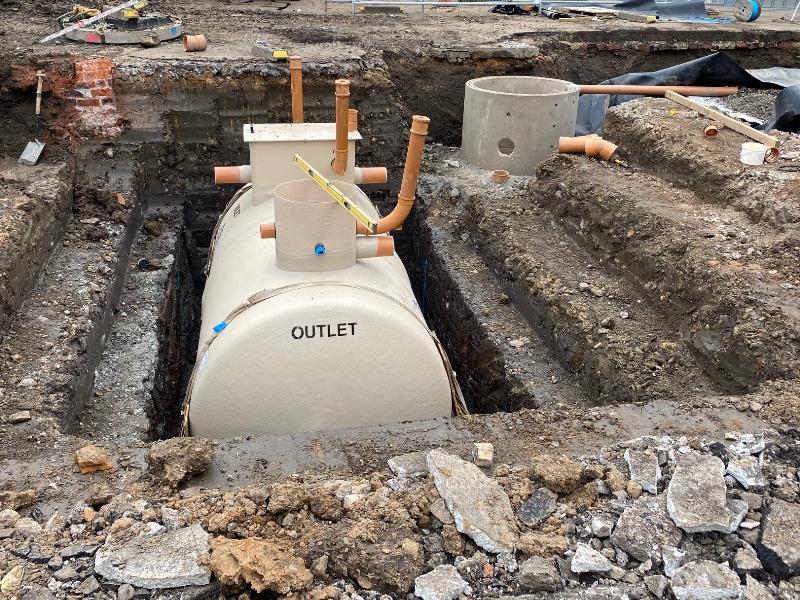 In addition to smart water systems at two of the nurseries, all four new-builds including nurseries at Carntyne and Tollcross Park will receive warmth and hot water through air source heat pumps powered by electricity - a low carbon source of energy.

As part of the council's overall programme of Early Years investment to deliver the Scottish Government's commitment of 1140 hours of flexible early learning and childcare, the Generation 5 new build programme will provide over 300 childcare placements as well as support the registration of a number of outdoor Early Learning and Childcare placements.

The inclusion of sustainable technology in the new builds is being supported by grant funding of £329,313 from the Scottish Government's Low Carbon Infrastructure Transition Programme (LCITP). This funding will help to increase the number of buildings within the estate operating low carbon technologies, provide a platform for new skills and knowledge to be gained and embedded across the council as well as supporting Glasgow's Climate Emergency Plan and our desire to achieve net zero carbon in the city by 2030.

The Smart Water Management Hub was a key component of the Smart Canal project, part funded by the 8th City - Smart City ERDF programme.  Linking the nurseries to the management hub is levering in additional value from this investment in smart systems.

The Early Years Expansion programme will be the first council new builds to embrace these new technologies to make the transition to a low carbon estate - highlighting our commitment to reducing carbon emissions and to lead by example in the delivery of low carbon solutions.

All four new builds are currently under construction through principal contractor City Building (Glasgow) LLP - with all grant funded works to be completed this year.