As part of preparations for the road layout changes on Kelvin Way to be made permanent, wooden containers which were installed during the early months of the pandemic have been replaced with more robust, stone planters. 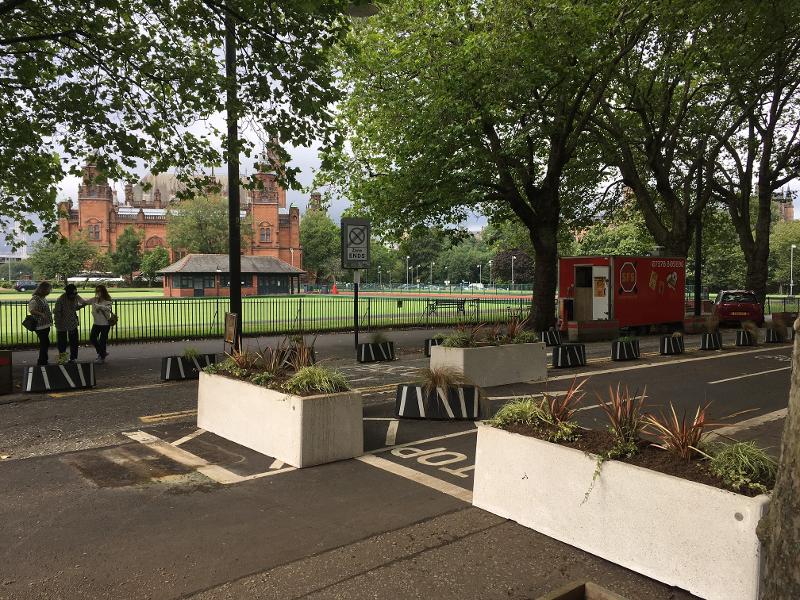 The original timber containers which were used to widen footways and restrict vehicle access were installed through the Spaces for People programme which introduced a significant number of temporary travel interventions across the city to help suppress COVID-19.

Whilst Spaces for People made it easier to stay a safe distance from others, as much of the infrastructure was able to offer long-term active travel and sustainability benefits, measures such as segregated cycle lanes and those that restrict vehicle traffic are in the process of being made permanent.

Spaces for People changes on Kelvin Way saw the closure of the popular throughfare to vehicle traffic, save for allowing access to Kelvingrove Art Gallery and Museum. The route is now enjoyed by those walking, wheeling and cycling - with a designated cycle lane in place at its junction with Sauchiehall Street.

Staff from Queens Park Nursery have planted up the containers with an attractive mix of species. The original timber planters which were made from recycled materials will be repurposed across the council.

Cllr Angus Millar, City Convener for Transport said: "The pedestrianisation of Kelvin Way was a standout success of the Spaces for People measures that were introduced to create people-friendly spaces and promote active travel, and I am delighted that we are taking forward work to make this change permanent. By replacing the temporary planters with more permanent infrastructure, we can help make clear that the space is designated exclusively for those walking, wheeling, and cycling. Further work to improve the look and feel of this highly popular route will follow in the near future and I hope even more people can take advantage of this great pedestrian space." 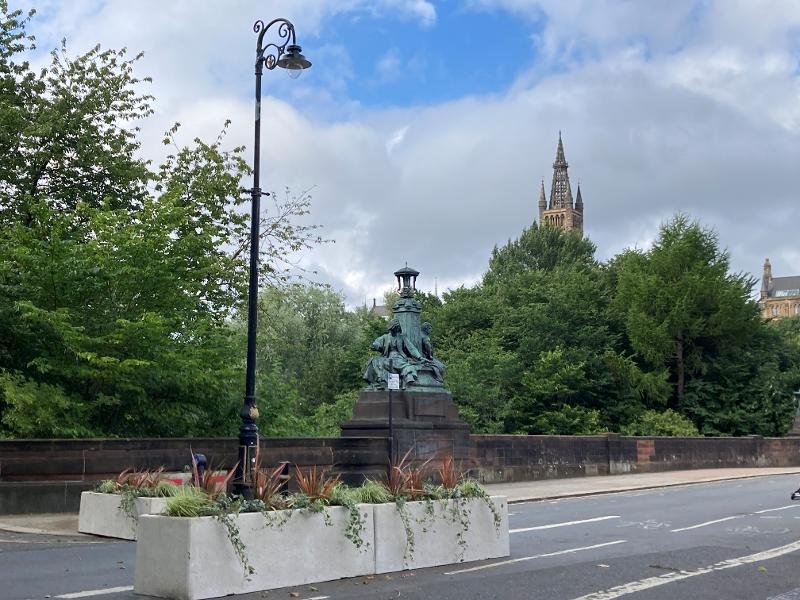 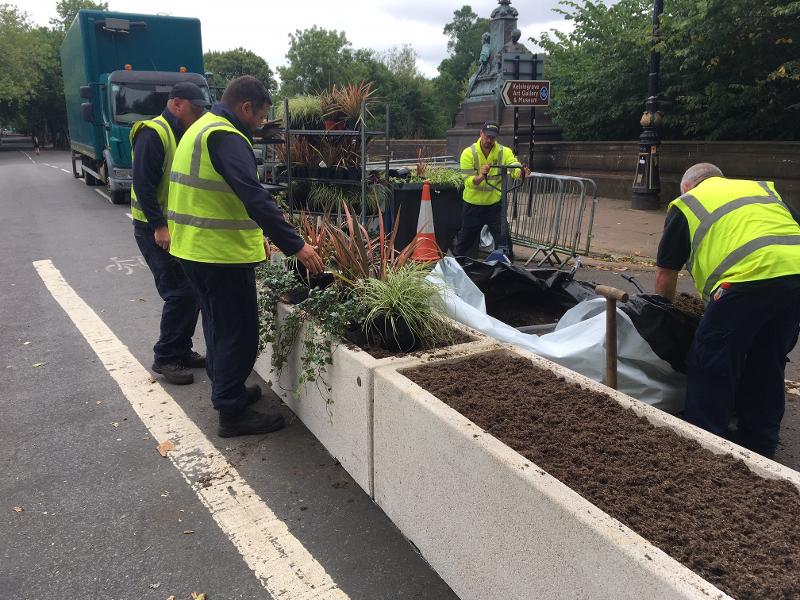 Funding to make permanent the measures on Kelvin Way was previously granted to the council from the Scottish Government's Spaces for People programme which is administered by Sustrans Scotland.