A project is underway to reimagine the future of the City Centre's 'Golden Z' at the heart of Glasgow's retail core. The city council have appointed a Glasgow-based consultant team comprising Stantec, Threesixty Architecture and Kevin Murray Associates, to engage stakeholders in the production of a new Vision and Plan for the area in and around Buchanan Street, Sauchiehall Street and Argyle Street. 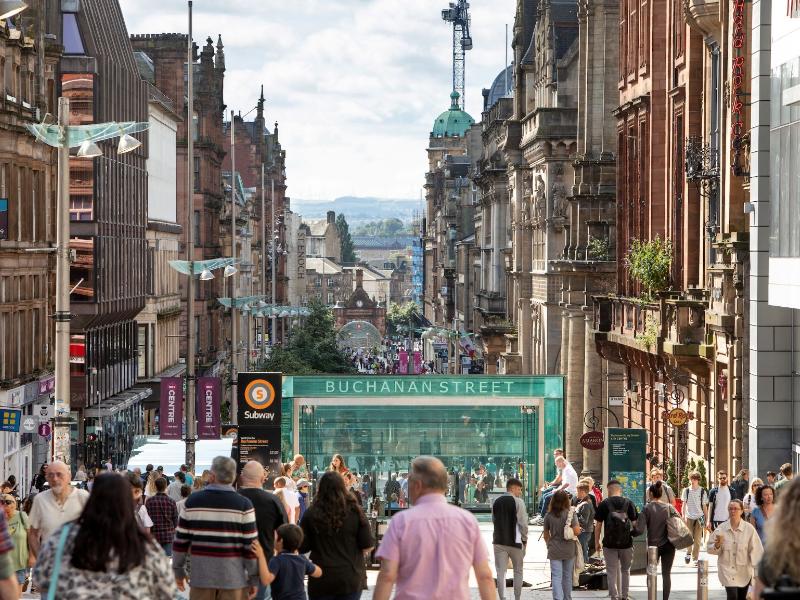 The preparation of the new Vision and Plan will proactively respond to the post pandemic challenges and opportunities facing the City Centre. Landowners, businesses, institutions, agencies, residents and visitors will be engaged in a collaborative process to consider how the area, currently defined as the 'Golden Z', should improve in future as a place for all.

The project will explore key issues affecting the area - such as the impact of changing retail and leisure trends, growing city centre living and the need to repurpose vacant sites and buildings - as well as the potential contribution of significant future redevelopment proposals, such as those for Buchanan Galleries and St Enoch Centre.

The ambitious and deliverable new Vision and Plan will establish a renewed regeneration direction for the future of the retail core, that will provide confidence to businesses, residents, investors and developers. It will identify priorities for intervention and investment, by the public and private sectors, to further stimulate economic recovery of the city centre and support its longer term economic, social and environmental resilience.

The project is funded by the Scottish Government's City Centre Recovery Fund and will be overseen by Glasgow's City Centre Task Force, co-Chaired by Councillor Angus Millar and Stuart Patrick, Chief Executive of Glasgow Chamber of Commerce.

Preparation of the new Vision and Plan will run from now until the end of March 2023. The first stakeholder workshops are being planned for late November at The Lighthouse, with further information on how to take part to follow.

Councillor Angus Millar, Convener for City Centre Recovery at Glasgow City Council, said: "The Golden Z of Sauchiehall, Buchanan and Argyle Streets has traditionally been the retail heart of Glasgow, but changes in the sector mean that action has to be taken to ensure that the area continues to thrive in the future. The Vision and Action Plan for the area will be informed by local businesses and residents - as well as developers and investors - and guide its development in the years to come."

Professor Brian Evans, Glasgow's City Urbanist, said: "The COVID-19 pandemic, coupled with the climate emergency and Brexit has had, and is having, major economic, patronage and property consequences for city centres in Scotland and across the UK. This important and timely piece of work will establish ambitious investment, design and development principles for the heart of Glasgow City Centre to help it recover and enhance its role as the economic and cultural epicentre of the metropolitan city region."

Stuart Patrick, Chief Executive of Glasgow Chamber of Commerce, said: "Glasgow's city centre is the vibrant heart for Glasgow's retail, hospitality and tourism sectors, acting as a regional jobs engine. Like all retail centres, changes in economic conditions and consumer spending habits tied with the lasting effects of the COVID-19 pandemic have catalysed a fundamental need for change in order to continue to thrive. Glasgow City Council's masterplanning initiative is a welcome investment, helping to rebuild the area's reputation of being Scotland's premier place to work, live and visit. The new masterplan will also positively position the city to attract additional investment as well as supporting existing developments such as the planned Buchanan Galleries and St Enoch Centre redevelopments. Businesses across Glasgow City Centre will very much welcome this move and are delighted that the Glasgow City Council is supporting the role of the City Centre Taskforce in helping to attract investment and create jobs."