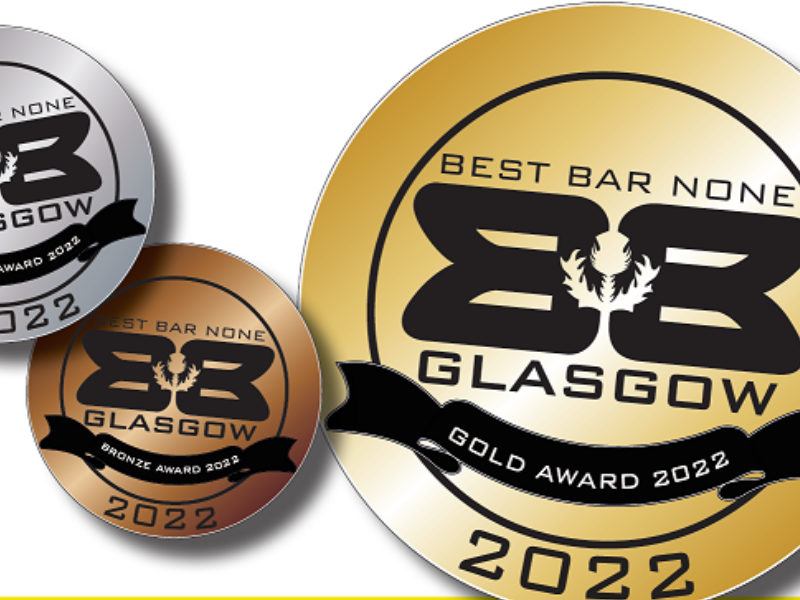 A raffle and auction at the prestigious Best Bar None Glasgow awards generated vital funds for Street Change Glasgow - the city's alternative giving scheme for people involved in street begging.

Around 20 Best Bar None venues already support Street Change Glasgow by displaying a QR code on their premises which enables customers to scan it and donate to the fund which is co-ordinated by Simon Community Scotland.

And the support from licensed venues continued when licensees met up for the first Best Bar None Glasgow awards ceremony since November 2019 at the Grand Central Hotel.

Best Bar None Glasgow accolades were presented to city pubs, clubs, hotels and specialist entertainment venues in recognition of the work they do to enhance public safety and customer care in the city.

There were gold awards galore at the first presentation ceremony to take place since the Covid 19 pandemic hit.

Bailie Margaret Morgan, Convener Glasgow City Licensing Board, said: "It's fantastic to see the return of the Best Bar None Glasgow Awards post pandemic. It was an exceptionally difficult time for the licenced trade, so it is especially important to recognise the vast array of high quality venues in the city and the good practice they employ to make the night-time economy safer and more sustainable. Their hard work helps attract visitors to the city to socialise and plays a major role in Glasgow's global reputation as a safe and exciting entertainment destination with a fantastic social scene.

"Congratulations to all the venues who won awards on the night and also on the amount raised for Street Change Glasgow. The amazing support from Best Bar None Glasgow members will help vulnerable people involved in begging to improve their lives and ensure they do not have to beg."