Public consultation on the final four District Regeneration Frameworks (DRFs) for the city centre districts (Cowcaddens, the Learning Quarter, the Merchant City and Townhead) will begin on 20 January and continue until 3 March. 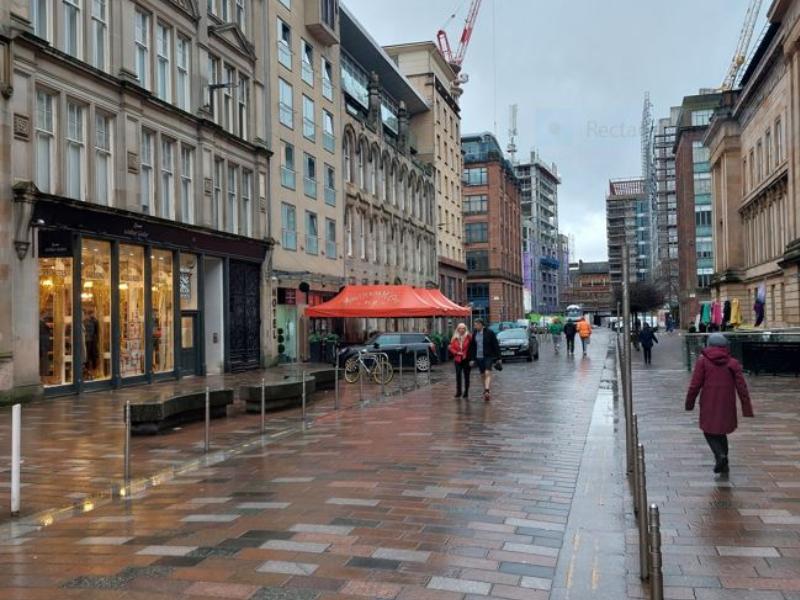 These DRFs are 10-year regeneration plans with a series of short, medium- and long-term actions that combine strategic planning and placemaking with shorter-term operational and environmental improvements. The frameworks are developed over an 18-month period with the construction of a sound evidence base, tested throughout the process by community and stakeholder engagement. Almost 11,000 people have participated in DRF engagement so far.

The first five DRFs (the Blythswood, Broomielaw, Central, Sauchiehall/Garnethill and St Enoch districts) have been approved and are currently being delivered. The DRF programme is a key component of the council's City Centre Strategy, which aims to develop the area as a more inclusive, sustainable, mixed-use place capable of supporting a growing population.

The development of these five DRFs has brought / encouraged - and will bring - a number of projects and concepts to the city centre, including the Sauchiehall Avenue, the refurbishment of Garnethill Park, small public realm improvements in Garnethill, the submission and approval of a mixed-use development at the King Street carpark site, a feasibility study for the M8 cap, sees design work for George Square now underway, and designs are being developed to improve north - south connectivity at South Portland Street.

The final four DRFs have been developed by the council in collaboration with Austin-Smith Lord and Studio for New Realities, who have already engaged with the local community, stakeholders and organisations in these districts. The forthcoming public consultation will offer a final chance for local people and organisations to take part in this process, informing the final Action Plan which will be produced immediately after this period.

Through the earlier engagement in these four DRFs, it was found that this part of the city centre is very different to the other five districts in terms of make-up and character. With regard to the individual districts, the engagement found the following:

Cowcaddens: There is the potential to develop as a district with a distinct identity and to contribute to the local economy, with opportunities to provide the accommodation needed to increase the city centre population. It has the space for change and the talent to make it happen. Its existing communities, under-occupied buildings and land, its array of cultural and educational institutions point to a positive future.

Learning Quarter: Its identity is defined by the cluster of cultural and built heritage on the one hand, and the presence or renowned knowledge and innovation institutions on the other. The dual character offers clear starting points from which to strengthen its positions as an inspiring, historic innovation hub.

Merchant City: This is where the City Centre meets the East End. It acts as a gateway between the two: a great local neighbourhood of international renown, that is well connected to the future river park and Glasgow Green. Enhancing the Merchant City district's position as a bustling artistic centre of creativity and entrepreneurship forms the basis of the suggested future developments.

Townhead: A residential area at heart, Townhead has long been home to many city centre residents. It holds great potential to develop into a green and enjoyable residential urban neighbourhood with spaces for production at the fringes, connected to productive areas in the west, historic landmarks in the east and innovation in the south.

Four strategic themes have been identified for these districts, with proposals to enhance the infrastructure and mobility within each district, between districts and to the wider city centre and beyond; the creation of a network of public and natural spaces which enhance the sense of place and provide more amenity for those who live, work, study or visit there; strengthen and extend the networks of unique places and characters in the districts to encourage inclusion; and consider interventions which could support change.

Councillor Angus Millar, Convener for City Centre Recovery at Glasgow City Council, said: "The eastern and northern areas of our city centre are home to some of our more established residential communities, learning institutions and businesses, but they also have so much potential for positive regeneration.  These District Regeneration Frameworks will guide help guide future development and investment, and the final Action Plan will ensure that activity is taken forward in a way that complements regeneration happening elsewhere in the city whilst building on each district's unique character. As such, it is important that local people, organisations and stakeholders take part in the new public consultation and help determine what the priorities should be for the future of these key city centre districts."