Glasgow City Council has today (14 July) launched its Contemporary Art Trail for the city centre, showcasing the many diverse and significant pieces of work that can be found there. 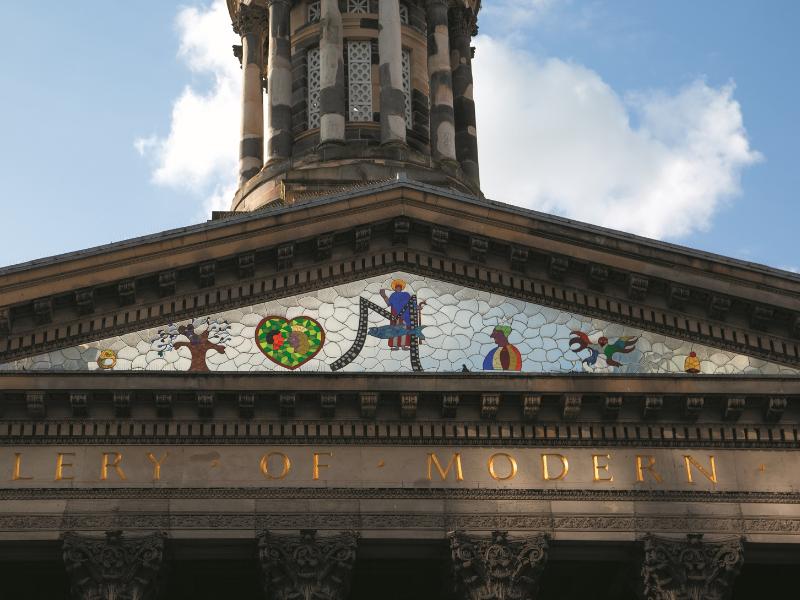 The location of these pieces ranges from Rose Street and Renfrew Street down to Nelson Mandela Place and the Broomielaw, and over to Hutcheson Street, Rottenrow and around Glasgow Cross.

Glasgow's City Centre Contemporary Art Trail is part of the council's City Centre Strategy, and aims to give residents and visitors an opportunity to enjoy - in a unique way - some of the fantastic contemporary art than can be seen from the streets of the city centre. The Trail also underlines the notable cultural role that Glasgow has played, and continues to play, in Scotland, the UK and Europe.

The trail also feeds into the High Street Area Strategy, which includes key objectives such as celebrating and promoting the unique local offer; enhancing the look and feel of the area; and increasing footfall to and throughout the High Street and surrounding district.

Home to not only a world-famous art school and an International Contemporary Visual Art Festival, Glasgow is a city with a significant presence on the international contemporary art stage. Known for fostering a positive, connected environment for artists to develop their practice, Glasgow is a city that displays art in its streets - not just inside its galleries. Artists from all over the world, as well as those closer to home, have public contemporary artworks present in the city. This trail, commissioned by Glasgow City Council, guides visitors through the city centre to explore some of the public contemporary art pieces available in city streets.

Glasgow employs more people in the creative industries than any other in Scotland, and in 2019, the EU recognised Glasgow as the UK's top cultural and creative city. The report stated that 'Glasgow was one of the first European Capitals of Culture, in 1990. Known as an industrial city, it has now gained recognition as a creative and cultural centre of European importance.'

Councillor Angus Millar, Deputy Convener for Inclusive Economic Growth at Glasgow City Council, said: "Glasgow's City Centre Contemporary Art Trail will offer the chance to see - on the street or from the street - the many outstanding pieces of contemporary art to be found in the area.  The trail will not only encourage a fresh look at these pieces, but will also guide visitors to different parts of our city centre and showcase Glasgow's status as a leading city for the contemporary arts."

More information on the city centre's Contemporary Art Trail can be found at: https://www.citycentrecontemporaryarttrail.co.uk.