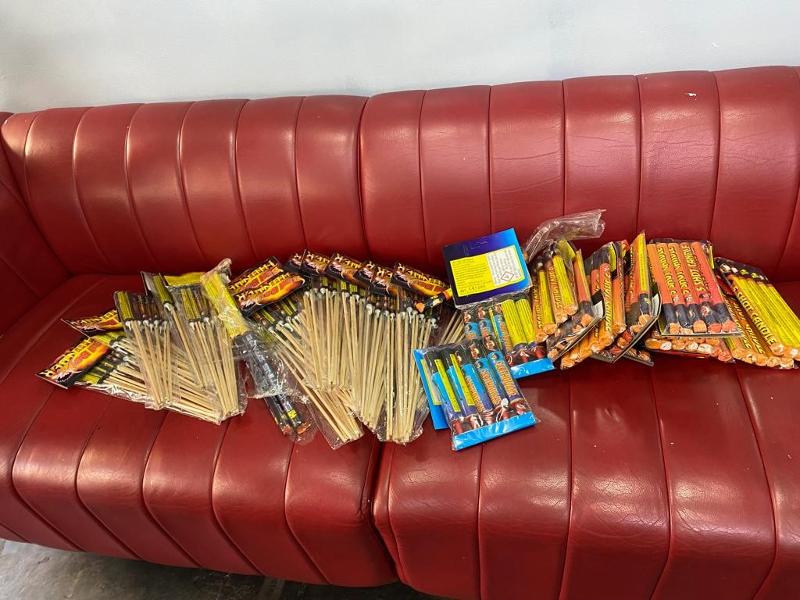 A Glasgow barber is under investigation regarding alleged unsafe storage of fireworks.

Hundreds of fireworks were seized when Trading Standards Officers swooped on premises on the southside of the city yesterday (Tuesday 18/10/22).

The council team carried out an inspection of the premises in response to allegations that fireworks were being sold from the barbers. Around 250 rockets were discovered on the premises which are located among tenement flats.

Investigations by Trading Standards are continuing into the discovery and could result in a report to the Procurator Fiscal.

Gary Walker, Glasgow City Council's Head of Community Safety and Regulatory Services, said: "Fireworks can be extremely dangerous if not stored correctly and Trading Standards work closely with colleagues in Police Scotland and Scottish Fire and Rescue to help keep communities safe by ensuring retailers comply with the law."

Every year, Glasgow's Trading Standards Team vet retailers who apply for licences to store pyrotechnics. Strict safety checks are carried out to ensure fireworks, which are essentially explosives, can be stored safely and securely. In 2021, 66 premises in Glasgow, ranging from large supermarkets to small independent retailers, were granted licences.

Businesses that can't provide safe storage facilities will have their applications refused and licences can be revoked if they're later found to be storing fireworks unsafely, storing more than their licence permits, selling to anyone under the age of 18, or contravening other relevant legislation.

Next year, new legislation giving councils more powers around the sale and use of fireworks is due to come into force. It includes the powers to create designated Firework Control Zones where the use of fireworks would be banned - even on private land. These measures are designed to help tackle dangerous misuse of fireworks.

Anyone with concerns about a Glasgow store selling fireworks can email the council's Trading Standards team with details on ts.enquiries@glasgow.gov.uk