What is unique about Glasgow's water voles?

This adaptation to living in grasslands in such high densities in an urban environment is unique in the UK and recent research has revealed that this population is of national significance.

The council has been working with the University of Glasgow, Glasgow Natural History Society and Scottish Natural Heritage to find out more. Water voles are a protected species and all research is carried out under appropriate licences. The research has indicated that these water voles have adapted well to this new environment and they are present in numbers not observed in any other urban UK environment. Furthermore water voles are now scarce or absent over most of lowland Scotland, making this population particularly relevant to biodiversity conservation.

Find out more about

Water voles are a key species in the RSPB Scotland's Giving Nature a Home Glasgow project. Water Vole Ambassador Schools in the east end are learning about water voles, helping water voles through habitat improvement and assisting to promote and care for this extraordinary population of water voles.

Green Infrastructure projects are underway in the east end of Glasgow to create greenspace suitable for wildlife, active travel, recreation and flood alleviation. On completion these green infrastructure sites will provide water voles with additional habitat, but some animals have had to be caught and moved to allow the works to happen. Relocation of animals has been carried out by ecological consultants under licence from Scottish Natural Heritage and these water voles have been re-homed close to their original location, as part of a nature conservation plan.

The Water Voles in the City project is pleased to announce funding from Glasgow City Council, People's Trust for Endangered Species, Seven Lochs Wetland Park and Scottish Natural Heritage for the University of Glasgow to carry out more vital scientific research. This information will provide valuable information for the conservation of water voles in Glasgow and other cities throughout the UK.

Glasgow's water voles have attracted national interest and have already featured on the One Show and BBC Springwatch.

In 2019, they are set to appear on the Natural History Museum's website and feature in an episode of the BBC Scotland production Born Wild which showcases the work of the SSPCA helping injured wildlife. 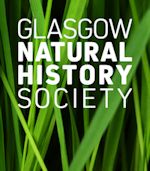